Using Mass Disavow to Recover from a Period of Link Spamming

Many website owners and SEOs are guilty of paying for links or using advertorials to float PageRank for long periods of time. The question is how can they recover when Google penalizes them for it? Matt Cutts offers some answers in the latest Google Webmaster Help video.

The question submitted to Google was originally about Interflora, a popular UK floral website:

“How did Interflora turn their ban in 11 days? Can you explain what kind of penalty they had, how did they fix it, as some of us have spent months try to clean things up after an unclear GWT notification.”

Interflora seemed to have been penalized in February 2013, and the effects were drastic. The website was no longer ranking for its own brand name, and it stopped ranking for several of its prime keywords. 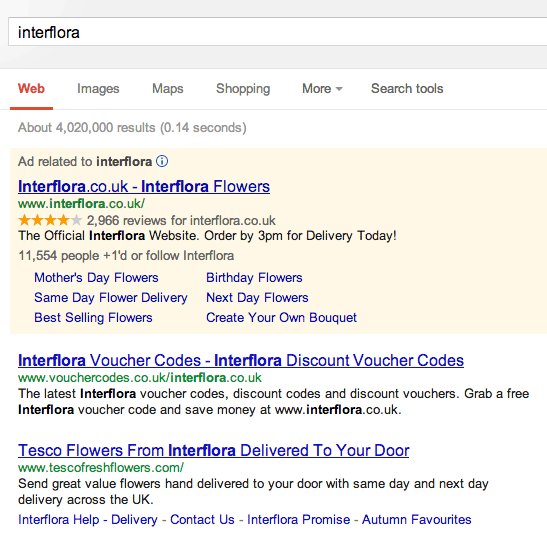 The screenshot above shows how Interflora pages stopped showing up in organic search results for its brand name; only their paid ads were appearing at the top of the SERPs. 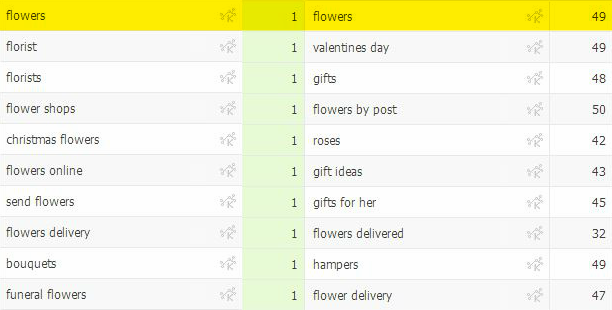 The sudden drop in their SEO visibility is also a sign of a manual penalty.

Google and Interflora refused to comment on the incident, but Search Engine Land and other SEO experts speculated that it was because they bought links on UK news websites, gave bloggers free gifts in exchange for posting about their site, and aggressively had advertorials posted throughout January 2013.

The most concrete piece of evidence comes from Christoph C. Cemper, CEO and founder of Link Research Tools. His investigation and case study for Interflora revealed that 70% of the website’s links were suspicious: 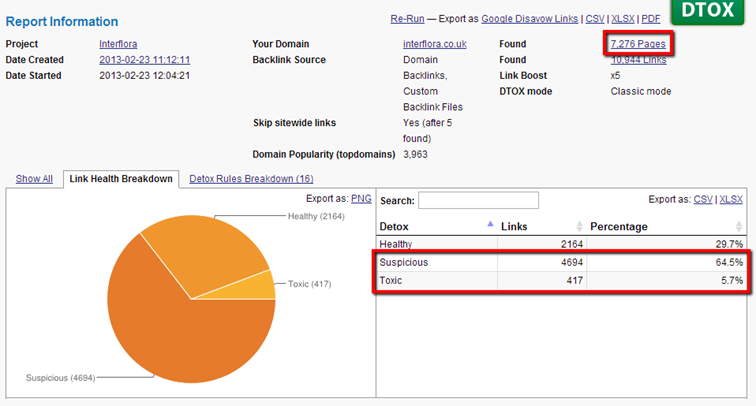 After seeing all these negative effects, you might think it would take a long time for Interflora to recover – if they could even recover at all. The website managed to surprise the people keeping track of the issue by recovering their rankings just 11 days after receiving the penalty. 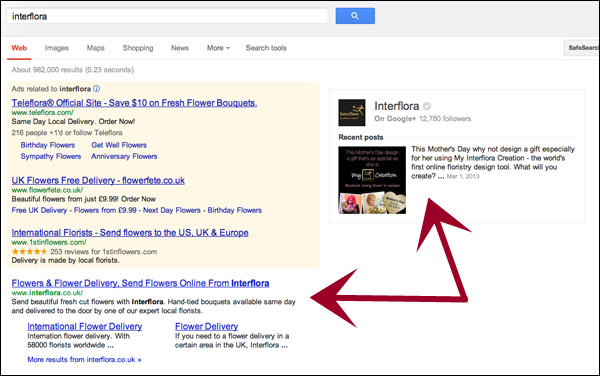 Search Engine Land looked at what Interflora fixed and cleaned up during this time to find out what they did to get their rankings back. What they observed was that Interflora performed a significant amount of link clean-up, contacting bloggers and online publications to remove their links from blog posts and get their paid advertorials taken down, and disavowing several of their paid links.

What Does Google Say?

Google never addressed the questions about Interflora directly, and Cutts also decided it was best to provide a general answer for the question. He mentions that they “typically don’t call out specific companies very often; we prefer to talk about things in general terms.”

Cutts starts out by reminding everyone that Google becomes more willing to take stronger actions when they see repeat violations when it comes to buying and selling links. Conversely, Google seems to be more appreciative of webmasters who really take the effort to clean up their link profiles after receiving a manual penalty. “If a company were to be caught buying links, it would be interesting if, for example, you knew that it started in the middle of 2012 and ended in March 2013, or something like that,” says Cutts. If you were to mass disavow all the links built through spammy methods for a particular period, he says that “if we heard back in a reconsideration request that someone had taken that kind of a strong action, then we could look and say ‘Okay, this is something that people are taking seriously.'”

He mentions that what they see in a typical reconsideration request is people “just trying to prune a few links,” but that a “good” reconsideration request often disavows entire domains that have bad links. Cutts has always advocated this type of large-scale disavowal, as demonstrated by a comment he made on his blog earlier this year, where he says people should be using the disavow tool like a machete, not a fine-toothed comb.

Cutts repeatedly states that this type of massive action against link spam is not something he would recommend to everyone, but that it does affect how they assess a domain within a reconsideration request.

If a previous SEO provider made a mess of your clients’ link profiles with spammy link building tactics, we have the right solution for you. Our Link Cleanup packages include all the services you need to identify and disavow all the toxic links in your clients’ profiles. Sign up today to get started!