What is SERP: Benefits, Uses, and Key Features

It has been a good few years of content creators, retailers, and companies using SEO techniques to optimize their position and viability in Google searches. But since SEO is a widespread field of tools and approaches, there has been a growing need to get one’s business name on a SERP.

For those wondering what SERP is and how it works within and alongside the SEO realm, here is a detailed guide on its features and using them to your benefit.

SERP (Search Engine Results Page) is the first thing you see when you enter a search in your search engine of choice. A Google SERP, for example, refers to the engine’s first response to whatever your search is and can make for a higher SERP ranking. It usually contains both organic and paid results and tends to feature more specific and centered answers to your questions.

Below, let’s discuss the main SEO SERP features and the ways you can tailor your own content so that it’s included on the first page that users see whenever they search the web.

What are Google SERP Features?

Simply put, SERP features are the elements that make SERPs. Aside from organic and paid results, SERPs can include several types of “boxes”, “packs”, “panels”, and “carousels”, which feature additional content aside from immediate answers.

Thus, a Google SERP ranking feature could include images or videos, maps, products that are on sale, or a combination of several such elements, grouped together to cater to the user search. The main reasoning behind SERP features is to predict and answer to user search intent, which includes, but is not limited to, informational, navigational, and transactional purposes.

In other words, considering the vast density of information on the internet at the moment, if you want to find your name inside a SERP feature, you need to do more than just include keywords.

You need to appeal to the SERP features separately. Of course, the number and type of SERP features are constantly on the rise, but we’ll cover a few of the most common ones.

Before we go on to describe more organic sorts of SERP features, let’s examine some of the paid SERP results. The way to get included in these is different from the other SEO tactics. Yet, paid ads are important because, depending on the user’s particular search, they can occupy the entire top half of the SERP upon search.

As such, they not only reduce the number of organic search results which appear on the first page but also significantly reduce their visibility. Paid ads tend to look similar to organic SERP results, with one notable difference. At the top left of the result, there is usually a small square containing the word “Ad”, typically in bold.

This immediately lets users know that rather than offering an answer to their query, the search engine has been optimized – and paid – to suggest advertisements for similar services first.

If a user decides to search for a particular product they’re interested in buying, what they would often see is a row containing several boxes with pictures of the product in need. Each box would offer the name of the retailer selling the product, its price, and some extra information.
Sometimes this can be user rating, and other times, it could be additional information, like free shipping.

Like paid ads, when paid shopping results appear as an answer to the user’s question, occupy the topmost section of the SERP, dominating the view. All other results can be found underneath. However, with some key exceptions, most SERPs tend to be composed of mainly organic results.

The knowledge panel tends to appear when the user is searching for some really well-known events, people, or locations, and contains data taken from some of Google’s partner companies, such as Google Maps, Wikipedia, and, perhaps most crucially, Google My Business.

We’re presenting as one what are, essentially, three different SERP features: an image carousel, a video carousel, and an image pack. All of these are usually churned out whenever the search engine believes that visual content is the best response for the user’s search.
And, in order for your page to appear in any of these, you need to carefully tag the visual media included in your posts and online content.

If we’re talking about images, for example, include short, concise, and accurate alt tags, captions, and file names, suitable as first responses to a general query. Metadata is key in this case.

The situation is similar with videos as well. Video carousels tend to appear as a search result for informational “how-to” searches, containing video tutorials that come with timestamps. In order to get your video featured, make sure that it’s accurate, as short as possible, and to the point.
It has to offer clear answers to hypothetical user questions. Moreover, make sure that the video title is clear, simple, and catchy.

The top stories box is almost never the first one to dominate a Google SERP, but it’s definitely important. Regardless of the particular type of search – information, product, or transactional – this feature contains recent and relevant news related to the topic in question. The box in itself is informational.

In order to get your content featured in the top stories box, it’s recommended that you set up a Google Publisher Center account, which will help “mold” your texts according to Google’s standards. The texts have to be detailed, clear, accurate, and informative. And, most importantly, you would need to regularly update your page, as the top stories box only features the latest news related to the search.

Another feature of Google SERPs is the People Also Ask box. This feature also doesn’t occupy the topmost spot on the search results screen, but it’s important as it features a variety of questions related to the user’s search. By clicking on any of the question tabs, they expand into a small feature-snippet-like box, answering the particular question.

To get featured in a PAA, make sure that your content contains clearly stated questions with short and simple answers – and relevant keywords. Moreover, make sure that all questions are formatted with proper headings (H2 for instance), so the search engine will be able to pick up on them easily.

If a user is searching for something related to a particular location (a tourist attraction, institution, or specific restaurant in a particular city), a local map pack, containing a section of the location’s map will appear. This includes market suggested locations, as well as smaller boxes underneath, featuring additional information about the marked map locations.

To get featured here, you need excellent map pack organization, the most recommended method is updating your Google My Business page with vital information about your particular location and the services and products that you offer.

Finally, the feature snippet is likely the best SERP feature that you can use for free. For starters, it only features a section from one of the top 10 organic results from a search. So, you would, first of all, need to be included in these. It can usually be a paragraph, a table, a bullet list, or something similar.

To get here you need to perfect your SEO, including keyword usage, headings, clear and short sentences, and engaging content. Only once you’ve managed to find your way to the top 10 organic search results, can you get a feature snippet, a topmost result right next to the knowledge panel.

We rounded up the main and most commonly encountered Google SERP features, although there are many others that can appear, depending on a user’s search, as well. In case you need more assistance learning how to cater to each one of these features’ requirements, you can simply check out the services offered by SEO Seller.

Overall, given that over two-thirds of all clicks on SERPs go to the top 5 results, this is a remarkable tool to resort to and use to your business advantage. 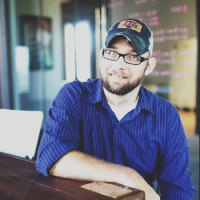 What is SERP: Benefits, Uses, and Key Features

What Does LSI Stand For?

What is Keyword Research in SEO & How to Do It?