Matt Cutts on Guest Blogging for SEO: “Stick a Fork in It”

Google has made several statements about guest blogging as a link building tactic over the past year, but none have been as clear and blunt as the statement Matt Cutts posted on his personal blog. The opening paragraph of his post reads:

“Okay, I’m calling it: if you’re using guest blogging as a way to gain links in 2014, you should probably stop. Why? Because over time it’s become a more and more spammy practice, and if you’re doing a lot of guest blogging then you’re hanging out with really bad company.”

Cutts says “Back in the day, guest blogging used to be a respectable thing, much like getting a coveted, respected author to write the introduction of your book. It’s not that way any more[sic].” As proof of how spammy guest blogging has become, he posted an example of an unsolicited email he received from someone offering a “suitable contribution” in exchange for a chance to publish a guest post with a dofollow link on his site. He also mentions that they have “been seeing more and more reports of ‘guest blogging’ that are really ‘paying for PageRank’ or worse, ‘we’ll insert some spammy links on your blog without you realizing it.'”

Guest blogging really has fallen down from a legitimate way to build up authority and share knowledge to yet another spammy SEO tactic that Google frowns upon. “Ultimately,” says Cutts, “this is why we can’t have nice things in the SEO space: a trend starts out as authentic. Then more and more people pile on until only the barest trace of legitimate behavior remains.”

The videos on guest blogging that Google and Matt Cutts have released over the past year paint a clear picture of how the tactic has gradually declined:

In response to his readers’ reactions to his original post, Cutts clarifies that he is addressing the use of guest blogging for SEO purposes. He adds: “There are still many good reasons to do some guest blogging (exposure, branding, increased reach, community, etc.). Those reasons existed way before Google and they’ll continue into the future. And there are absolutely some fantastic, high-quality guest bloggers out there.” 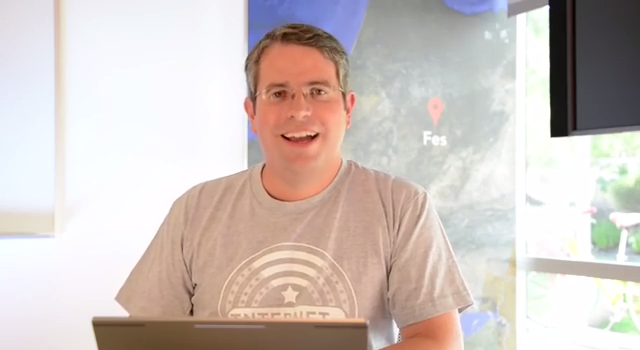 Many SEOs are speculating that Cutts’ blog post could be a sign that Google is preparing an algorithm that will coincide with his warnings, but you won’t have anything to worry about if you’re doing your guest blogging correctly.

If you or your clients have problems with old links built through spammy guest blogging or article syndication tactics, our Link Clean-Up service is the solution you need. Sign up as a partner today to get started!