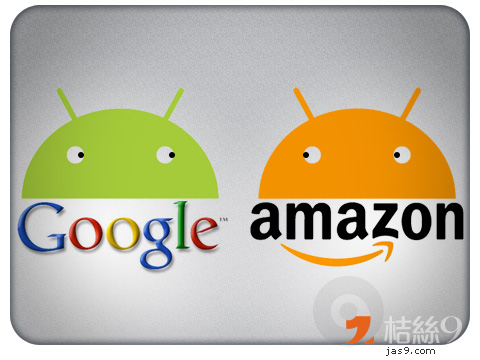 Google AdWords currently controls roughly a 31.5 percent share of global ad revenue, but Amazon is looking to give Google a run for its money in the online marketing space with its own platform. The e-commerce giant is taking control of its own advertising with the newly developed Amazon Sponsored Links, which delivers ads on its properties, based on keywords users search for while shopping online.

According to a report from the Wall Street Journal, Amazon is planning to get rid of the ads on its pages that are sponsored by Google and are looking to replace them with a new in-house ad placement platform. In the future, the system could prove to be a worthy competitor to Google’s $50 billion/year ad business, the report cited sources as saying.

The new advertising system from the Seattle-based e-commerce giant will function much like Google AdWords. When site visitors click on ads, they’ll be redirected to storefronts and inventories listed on the Amazon website.

The service will use relevant information collected from users’ browsing and purchasing habits to customize the display ads, which, in theory, boosts the relevance of the ads better than the advertising methods currently used by Google and Facebook.

In theory, the relevant ads would be more useful for site visitors and more profitable for the e-commerce giant.

Additionally, a tool to help ad agencies buy in bulk for hundreds or even thousands of advertisers is also currently being developed by Amazon. Amazon is expected to start pilot testing the platform sometime towards the end of this year, slowly replacing the ads on their site currently supplied by Google.

For Google, Amazon’s new system may prove to be strong competition. As the largest online retailer in the US, Amazon is believed to be one of the largest purchasers of Google AdWords, which brings in an estimated $1 billion in revenue for the retail company. If Amazon were to own this revenue stream outright, it opens up a great opportunity for the company to become profitable again, especially following their significant profit losses in recent years.

Many industry experts are intrigued yet supportive of this move by Amazon, saying this new endeavor may affect not just the world of online ad placement, but retail in general.

Jason Goldberg, VP of commerce strategy at Razorfish, explains in a Forbes article, “Per a recent L2 study, 30 percent of online shoppers start their search on Amazon vs. 13 percent on Google. That’s a huge amount of traffic that Google isn’t getting in one of the most profitable advertising segments (retail).”

“Now imagine what happens if Amazon extends its reach from the seven percent who buy online, to all the physical retailers that could use Amazon as a payment gateway with its new credit card reader service (the Amazon Local Register). It’s a scary scenario for Google. It’s going to be interesting to see how they respond,” continued Goldberg.

IDC analyst Karsten Weide, meanwhile, said in a WSJ article, “Amazon could use the data it has about buying behavior to help make these ads much more effective. Marketers would love to have another viable option beyond Google and Facebook for their advertising.”

As Reuters puts it, “Amazon is known as a sleeping giant in the ad industry because it has rich consumer data but has been tentative about using it for a lot of advertising.”

Only time will tell if Amazon is capable of competing with a giant. To Amazon’s credit, however, they have something Google doesn’t have: the understanding of the purchasing behavior of online consumers.

Keep checking back here for the latest news and insights about everything digital marketing and SEO. Get in touch with us for any concerns or inquiries.