Your SEO and PPC efforts may soon gain more traction and success, as Yahoo recently inked a deal with Google that would allow Yahoo to display Google search results.

In their third quarter earnings results announcement, Yahoo disclosed the details of a new search deal with its rival that has been in place since October 1. It includes Google’s algorithmic search, image search, and search ads for both desktop and mobile.

“In October, the Company reached an agreement with Google that provides Yahoo with additional flexibility to choose among suppliers of search results and ads. Google’s offerings complement the search services provided by Microsoft, which remains a strong partner, as well as Yahoo’s own search technologies and ad products.”

The deal is likely a move by the Sunnyvale-based company to squeeze more juice (or revenue) out of its search engine. Yahoo, however, lacks the technology for better query management and ad efficiency.

With this collaboration with Google and Microsoft, Yahoo will benefit from the infrastructure Google and Bing already have in place. It also allows Yahoo to compensate for the limitations of its technology in delivering queries and serving ads.

Yahoo and Microsoft also have a search deal in place, which was recently renewed last April.
In that agreement, the Marissa Mayer-led company gets more control over desktop. 51% of all desktop searches via Yahoo have to carry Bing ads, and the rest is up to Yahoo—either from their own ad system or any third-part they want to use.

It turns out that Yahoo was already testing the use of Google’s ads and search results as early as July. Results were likely promising as Yahoo looks like it’s planning to do more with Google.

The Yahoo-Google deal is in no way a threat to the Yahoo-Microsoft pact. 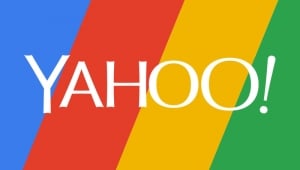 This isn’t the first time Yahoo has teamed up with the most dominant search engine in the world. Back in 2002, Yahoo carried Google’s search results and ads until it developed its own in-house search tech and ad serving platforms in 2004.

Yahoo then had to drop its own internal search technology for a 10-year search deal with Microsoft in 2010. That agreement did not prove to be profitable, though. Since then, Yahoo has been looking to generate more profits from search that goes beyond its deal with Microsoft. The new pact with Google just might be what it needs to do that.

Breaking Down the Deal

According to a regulatory filing with the Securities and Exchange Commission , the deal with the Mountain View-based search giant (formally filed as a Google Services Agreement) was finalized on October 19.

The initial partnership is effective for three years (October 1, 2015 to December 31, 2018), but can be terminated early for various reasons. The Services Agreement explains that Yahoo can show Google’s search results, including the editorial “free” listing and the ads.

“The results provided by Google for these services will be available to Yahoo for display on both desktop and mobile platforms,” the filing read.

On desktop, Yahoo can only use Google’s services at a cap of 49% of its search results (due to the Microsoft deal). On mobile, however, it’s no holds barred—Yahoo can choose to fully deliver Google results even if it means its Gemini ads system needs to take a back seat.

Moreover, while highly unlikely, Yahoo could also skip Google search and choose “to use any other search advertising services, including its own service, the services of Microsoft Corporation or other third parties.”

Yahoo may use Google’s services on Yahoo-owned or operated properties in all of North America, parts of South America, several Asian countries, as well as in Australia and New Zealand.

Notable exceptions are India and European countries, probably due to anti-trust issues.

As per the latest rankings, Yahoo sits at third place in terms of US market share with 12.7%. Google dominates with 64% of the market share, and Microsoft with 20%.

With the deal, Yahoo will likely boost its hold of the market, even if it can’t reclaim the second top spot. For us and our partners, this can only mean good things, as we get to reach more users. We can likely benefit from the partnership of two search engines with a well-rounded SEO and PPC package and strategies. Get in touch with us today if you need any assistance or have any concerns.